India is a destination like no other. Some go there for the beauty of the landscapes, including of the mountains of the Himalayas or the beautiful beaches of Goa, others to discover the incredible traditions and customs of this huge country, but most of the travelers to India seek a genuine change of scenery, a cultural shock that we can only live there.

Bustling cities, festive traditions, spicy cuisine, extreme climate, poverty, the beauty of the landscapes, spirituality, modernity, diversity of religious and ethnic, biodiversity… India is all this and even more. 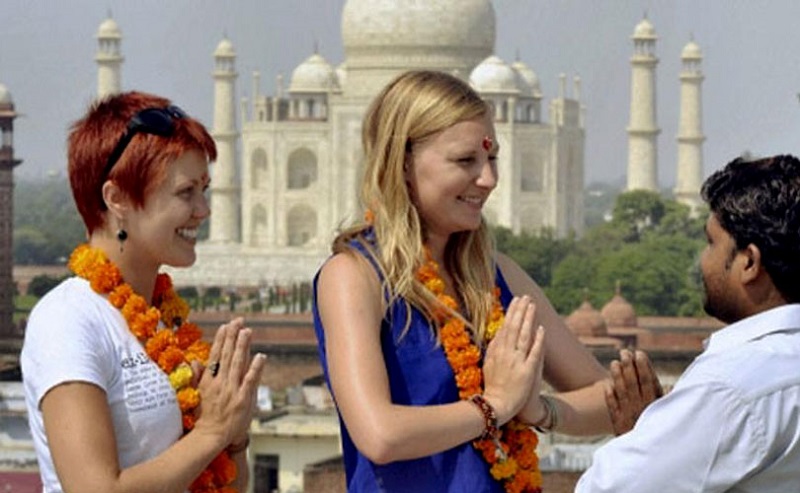 If you are not yet convinced read here top 5 good reasons to leave the discovery of India!

1. To discover the incredible region of the Ganges

The Ganges is one of the longest rivers in the world. It takes its source in the Gangotri glacier, located at more than 6000 m of altitude in the Himalayas. It is a sacred symbol among Hindus for which the water of the river Ganges has the virtue of washing of caught and release the soul of the deceased. The entire region of the Ganges is home to a large number of sacred sites such as the cities of Haridwâr or from Varanasi where you can attend impressive rituals.

2. To admire the architectural richness of India

Many of Citadels were built at the top of the hills; they were for the purpose of protecting the inhabitants from potential attacks. The Fort of Mehrangarh located in Jodhpur as well that the Junagarh Fort are magnificent and are really worth the detour.

ALSO READ:  What To See In Venice?

The most famous monument of the country remains just the same, the Taj Mahal, this superb funerary monument located in the heart of the city of Agra. It was built by the Emperor Shah Jahan in the 17th century in memory of his wife Mumtaz Mahal. This mausoleum is considered as the most important symbol of the architecture Indo-Muslim. It is part of the UNESCO world heritage since 1983.

In Delhi, you will discover the Lotus Temple, a place of meditation worldwide known for its principles of “universal peace and tolerance toward the peoples and religions”.

The British colonization has also left some monuments in honor of Queen Victoria as the station of Mumbai or the Victoria Memorial of Calcutta.

3. To Make the Experience of Unique Traditions

India is renowned for its ancestral traditions. One of them concerns the dress code: women bear in effect the “sari traditional” which is a long colorful stole. It’s Way to be draped often identifies the region or the ethnic group of the one that the door.

ALSO READ:  How Do Appearances Matter In The Hotel Industry?

The tradition remains the best known any of even that of the “sacred cow”. The cows are venerated because, in Hinduism, it is the Cow which represents life, it must therefore not the kill that this either by the sacrifice or by the slaughter. They, therefore, live in total freedom, which is impressive in the cities because they are often the cause of congestion and are untouchable: prepare you to live incredible moments when you visit this country!!!

4. To Taste A Varied Gastronomy and Tasty

India is renowned for its different cuisines with the flavors and colors surprising. It is the country of vegetarians by excellence!

Indian Kitchen – are small bread used as the accompaniment with all the dishes such as the Chicken Tikka, Samosas to vegetables, basmati rice, chicken Biryani and soups curried vegetables? Attention, however, the kitchen can be much spiced!

India is the 2nd most populous country in the world after China with more than 1.2 billion inhabitants. As much to say that some Indian cities are huge and have much to offer you both at the level of the landscapes and monuments that of the people who live there.

We advise you, in particular, to move by Bombay, the film capital of the country. The visit of the studios of Bollywood, the homes of the stars and former cinemas will allow you to discover a facet particularly interesting from India.

For a total change of scenery, do not miss the administrative capital, New Delhi. This city is rich in cultural sites, and you can learn more about the history of the country. You will be also surprised by the local population, very welcoming and warm. Take a luxury India tour with Deccan Odyssey Train.

India is a country too vast to summarize the wealth in a few lines… for the DISCOVER, a plan your trip here.

View all of Mel H's posts.