The death of St. Patrick is commemorated every year on March 17th, and while the official date is from the early 1800s, the Irish have been celebrating this event ever since the 10th century. And, as winter is almost over and spring is on the way, it’s time to look back at the beginnings of this holiday, to see what makes it so important and how it’s celebrated today. 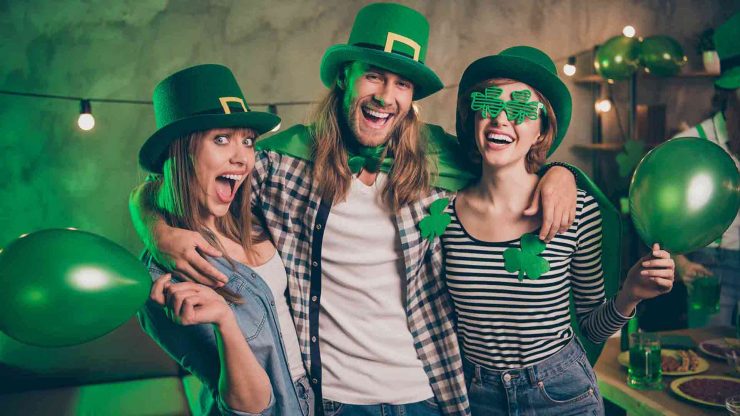 So, who was St. Patrick, and why is he so important for the Irish?

Although it is hard to pinpoint exactly when St. Patrick was born, it is thought that he was born in the fifth century in Roman Britain, which is now known as Great Britain. He became a Bishop in his early years, and barely two centuries after his death, he was already renowned as Ireland’s major patron saint. It is believed that as a missionary, he taught Christianity to the pagans by using a shamrock, which later became another national emblem of Ireland, to illustrate the notion of the Holy Trinity. A legend also says that he was the one to banish the snakes from Ireland, which is the reason why this country is one of the very few in the world that doesn’t have these animals. Today, he is venerated as a saint in the Catholic, Eastern Orthodox, and Lutheran churches, as well as the Anglican Communion. He is commemorated every year on March 17th, the day of his death, both in Ireland and outside of its borders.

ALSO READ:  Legal Considerations You Need to Make When You Decide to Immigrate

Due to the presence of a large Irish diaspora all around the world, St. Patrick’s Day quickly became a worldwide celebrated holiday. This religious and cultural holiday is especially popular in the United States, the United Kingdom, European countries, as well as South American nations, and even Japan. The celebrations include large and colorful parades, folk music played on traditional instruments like the harp and the fiddle, tasty food, and authentic beverages. Some parts of the world also have some very specific traditions, for example in Chicago, the Chicago River is dyed a bright green color every year. The London Eye, as well as other iconic landmarks such as Dubai’s Burj Khalifa, Sydney Opera House, and even the Pyramid of Giza, are all lit up in a green shamrock hue every year. People dress up as Leprechauns, wear orange wigs, paint shamrocks on their faces, sing and dance, and finish the day with a nice drink of Guinness beer. It is also common to exchange Irish-made gifts on St. Patrick’s Day, with the majority of people preferring original Irish-made items. The most popular are the indispensable wool Irish sweaters, traditional silver jewelry like the trinity knot pendant or the Claddagh ring, home blessings, which are especially popular among newlyweds, and a variety of other Irish-themed accessories, apparel, and décor.

ALSO READ:  3 Reasons Why Passenger Coach Buses Are Better Than Hailing A Taxi