The entire concept of a sensory deprivation or floatation tank is to activate an individual’s mental powers and free up brain resources in order for it to focus on other things that is usually neglected as the mind constantly focuses on external stimuli due to natural instincts.

This seemingly simple concept of floating in warm salt solution inside of a dark tank may seem like a comical activity to some people, but the sensory deprivation tank is in essence a sound, light, touch, taste and smell proof temperature regulated salt-water filled tank that basically isolates the occupants of the tank from the elements that continuously preoccupies the mind so much that it leaves the brain with little resources to focus on anything else.

In the beginning of float tank research, back in the 50s, floaters were blindfolded and used earplugs until the neuroscientist John C. Lilly decided to deprive humans from as much external stimulus as was possible. At this point a mask that blocked out everything was given to participants (with inlets for air), the entire process not only sounded nightmarish, it was nightmarish, and the concept was abandoned until the next generation of comfort based tanks were designed and added into the experience as an ‘essential factor’.

ALSO READ:  The Current State Of DACA And What The Trump Administration Is Doing About It

Soon after, the masks were done away with and tanks were designed with hoods on them and salt added to the water solution to advocate ‘floatation’ that was akin to the Dead Sea where the high salinity of the water keeps people from sinking. The tank acted as a shield from external stimuli and the salt (Epsom salt) water provided the floaters with a feeling of weightlessness creating a gravity free environment as far as the body was concerned and when the water temperature was kept at a steady 35.5 degrees Celsius which the standard temperature of the human skin, the brain was practically set free! 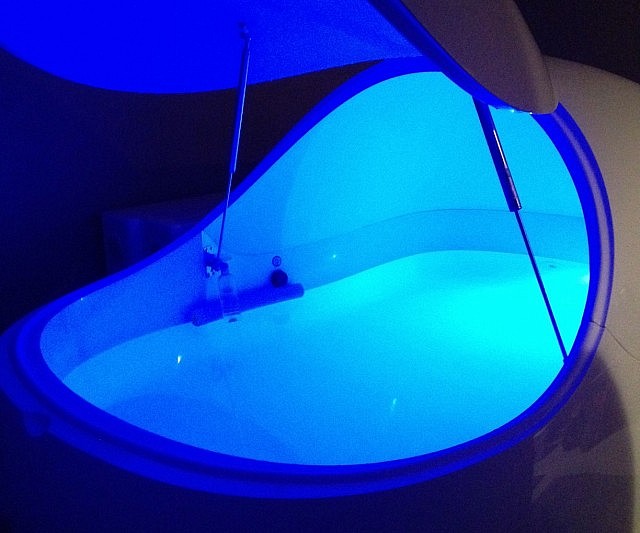 The weightlessness allowed the muscles to relax whereas the absence of normal external stimuli allowed the mind to go into a state of profound repose that is needed when the body is healing itself. The results these tanks produced were so remarkable that they were advised for athletes who had had issues with performances and athletes who were subjected to these floatation therapy sessions remarkably performed much better.

Eventually word got out (as it always does) and the scientific community (especially the medical community) began to look at these tanks as a means to an end and their research uncovered even more positive elements that these tanks were capable of which included immediate stress dissipation due to the reduction of cortisol and other stress advocating agents, better neurotransmission coordination, enhanced state of chemical and hormonal balance, better concentration and the list goes on.

Float tanks have now become a common routine for many individuals who find ‘float therapy’ to be the perfect solution for coping with stress, lethargy, illness and mental fatigue. Improved technologies have made these tanks much more effective and it does seem that floatation tanks are going to be an essential part of the average person’s pathway to a healthy life.