In addition to their great learning, the ancient Greeks were also deeply spiritual people, telling stories about the gods and primal forces that shaped the world that are today called myths. Like people of all times, the ancient Greeks had day to day problems that concerned them, as well as deeper concerns for which they sought practical and spiritual advice. This advice often came in the form of prophecies containing deep wisdom as well as information about the future. 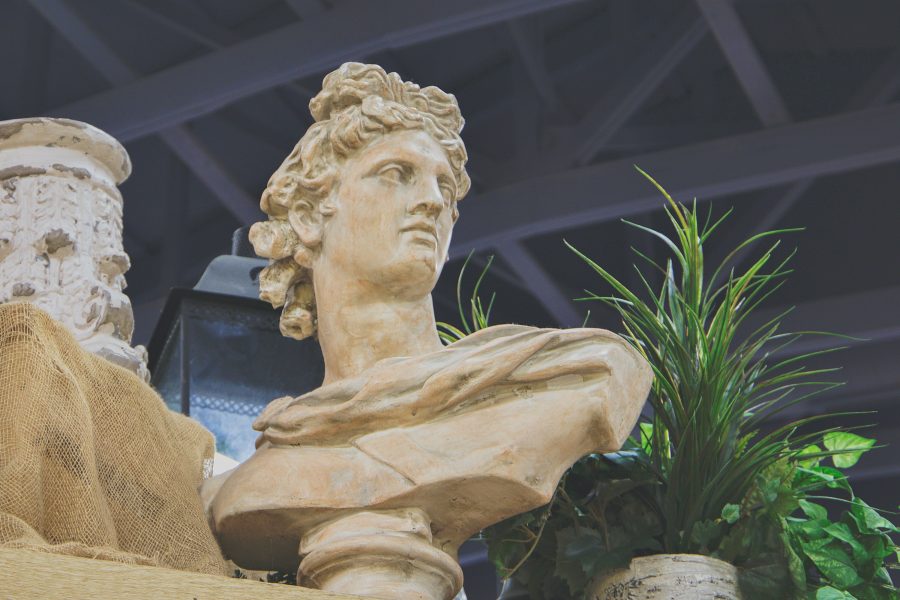 One of the ways that the ancient Greeks predicted the future was by visiting an oracle. Oracles, like the great Oracle of Delphi, were people (usually women) who communicated directly with the gods. The image of the fortune teller in a dark cave reciting predictions channeled from a deity comes directly from these ancient Greek oracles. The Oracle of Delphi, the most famous oracle of ancient Greece, lived in the Temple of Apollo at Delphi. On the 7th day of each month, after a purification ritual involving bathing in a nearby spring, the oracle would enter the cave where the carcass of the great serpent Python was said to be decomposing. Breathing in the mind-altering fumes from the rotting serpent in the cave, the priestess at Delphi would receive information from the gods while nearby scribes recorded every word in verse.

The Oracle of Delphi

The Oracle at Delphi was called the Pythia and was known across the entire Greek empire as the most accurate of oracles. Everyone from mighty kings and philosophers, to common people who could afford to make the journey, consulted her on everything from politics, military matters, family problems, economic concerns and even their most personal issues.

Visiting the Oracle usually involved a journey to the temple, as well as a sacrifice of livestock and a monetary donation before you even got to lay eyes on the priestess, known as a Sybil. There was no guarantee that your question would be answered in a way that you would be able to understand. For example, when Croesus the King of Lydia consulted the Sybil at Delphi about whether or not to attack Persia, the Oracle answered, “If you cross the river, a great empire will be destroyed.” Believing that the Oracle meant the Persian empire would be destroyed, Croesus attacked. However, it ended up that his own empire was ultimately destroyed by the Persians.

Artemidorus believed that Priests and ‘Seers’ already understood how to interpret their own dreams, which is why he wrote the Oneiricritica to help the common people interpret their dreams. For example, a person who was troubled by unwelcome romantic dreams would discover in Artemidorus’ book that such nocturnal trysts might actually foretell blessings from the gods, while dreaming of something seemingly harmless, like a man dreaming he has had his entire head shaved, may be a sign of impending misfortune.

As we can tell from reading Greek histories, myths and plays, oracles played a major role in ancient Greek life, appearing at pivotal times throughout the history of Ancient Greece. Everyone from great kings like Croesus and brilliant philosophers like Socrates to common people from all walks of life sought spiritual advice from the Oracles and also widely consulted their own dreams using the world’s first dream dictionary as their guide.

Today, a simple search of the Internet will show you how accurate and reliable the ancient Greek Oracles often were. By channeling information from the gods, the Sybils were able to tap into the divine well of creativity, pouring the primal universal creative energies forth into ordinary human experience, ultimately benefiting everyone.

ALSO READ:  How To Help Your Puppy Stay Healthy With Professional Aid