Neurofeedback is an approach to the treatment of a wide range of substance and medical afflictions that have been gaining traction over the last ten years in different drug addiction treatment centers.  The process involves connecting electroencephalography (EEG) sensors, which are one of the oldest and proven methods of brain imaging, to your head.  This helps to measure your brainwaves.  This is because the brain interconnects and communicates with itself through electrical activity.  The brain’s activity is then sent to a computer that displays the real-time activity of the brain.

The findings can then be used to match one person’s brain activity to a database of hundreds of other people.  This is what is referred to as biofeedback.  These results then show the sections of the brain that are significantly different from the rest of the population and that contribute to behaviors, cravings, and addictions.  This information can then be fed back to you to alter them with the help of a medical professional to resonate to a more desirable, different frequency which allows you to regulate your activity. 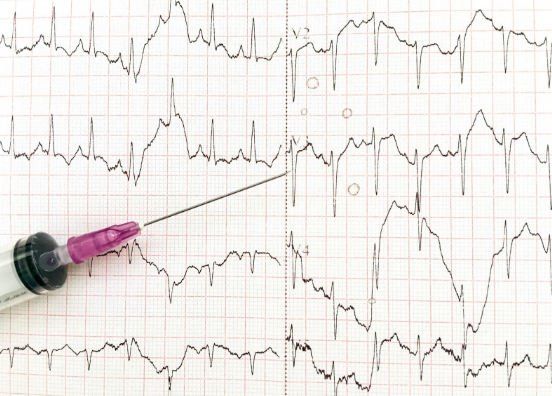 Drug addiction treatment is now embracing neurofeedback more as part of the treatment plan for addiction and substance abuse and it is increasingly becoming an industry standard with regards to a treatment approach.

This is one of the common ways that drug treatment centers use Neurofeedback to treat addictions.  They are a sort of brain exercises that help patients advance to a developed sense of self and possibly developing an increased opportunity to maintain their sobriety.  Through a computer and monitor, the patient is led through different levels of training and games based on his understanding as well as the EEG assessment.  It is done in a series of uniform exercises 2-3 times a week over a period of 2-3 months.  This can be applicable if the patient is in an inpatient 60-90-day rehab program.  Success stories of people who have used the neurofeedback process say they have been able to battle the urge to return to drugs after 12 sessions.

Neurofeedback Treatment is Evidenced Based

As far back as the 1990s, neurofeedback had been proven to treat PTSD and alcoholism thus it has scientific backing to prove that it worked as opposed to alternative treatments such as acupuncture that do not have much data to prove their efficiency.  Patients treated by neurofeedback have been found to be able to increasingly distance themselves from their trauma that may be an underlying factor for their addiction.

Benefits of Neurofeedback in Addiction

A neurofeedback software program created by specialist Bill Scott called BrainPaint is increasingly being used in drug treatment specialists.  It has been found to help speed up detox and tends to pull patients back from the edge when they are about to succumb to relapse.

Another benefit is the calming effect that neurofeedback has on the brain.  It can also serve to wake up the brain when under aroused and patients have reported sleep being improved, a much sharper focus and a better mood.  Addicts have also been found to open up more emotionally.

The treatment works better as it treats addiction as a brain disorder and thus retrains the brain to be calmer, focused and more relaxed and in this way, the patient can think rationally and correct improper thought processes and actions.

It also equips the patient with skills that enable them to cope with stressful situations long-term in that way can maintain their sobriety past the 30-60-day rehab cycle.  The patient has a solid base upon which to become more functional and base their recovery on.  This then helps to significantly reduce relapse rates as compared to other treatment programs.

ALSO READ:  How CBD and Medical Cannabis Can Improve Your Life