With thousands of Android applications already flooding the app store and more being launched incessantly, the competition amongst them is stiff. Customer experience is something that can have a far-reaching influence over their success. Dissatisfied users translate into app uninstalls and negative reviews, which can adversely impact its image. Android mobile application development is a complex procedure and so is its marketing phase. Normally, Android apps are released only after they have undergone alpha/beta testing. This is followed by a limited release instead of that for the full public.

Where so much effort is invested in development and release of Android applications, it is imperative for the developers to want to evaluate their performance. Customer experience is the parameter that evaluates the results of their efforts. Though it might be hard to quantify something as subjective as user experience, Android developers have devised certain metrics for this purpose.

Specialized analytics too can be used to get insight on the usage of the Android apps. Developers can access these tools from the App store or use any of the popular third party analytics tools. Metrics like in-app time, location, apps used simultaneously, data connection type, and user demographics, serve the purpose of analyzing the overall customer experience offered by the Android application. The data returned by the analytics provide the basis for locating the issues and making improvements accordingly.

App ratings and reviews make a reliable way to evaluate the customer experience for an Android app. Once in the App Store, it is open to being rated and reviewed by the users. A rating less than 5 indicates that the users are coming across some issues and the app needs to be improved. Users may mention the exact issues in the reviews so that developers get a fair idea regarding the improvements they can make. An in-app feedback can be used where the user wants to be anonymous but convey the feedback directly to the developer. 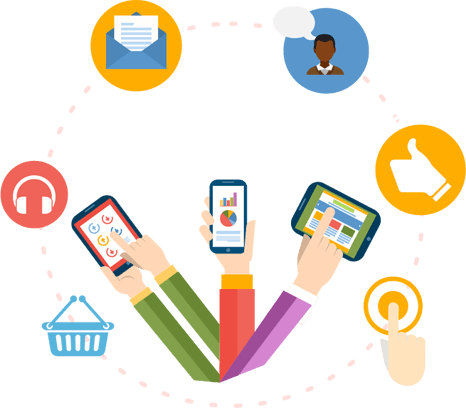 Session tracking is another metric of user experience as it indicates the level of user satisfaction. Smaller sessions signify that the user is not staying on the app long enough. The reasons could be varied, such as some issues related to the app usage or the availability of a better alternative on the Android App Store.

Mapping the user demographics is an effective strategy to work on the customization and improvement of the Android apps. Developers can collect data related to the gender, age group, and location of the users and adapt the app to give them a personalized experience. Proper analysis aids demarcation of the target audience as well as identification of potential markets for the app.

Use sentiment is a subjective parameter which is hard to quantify, yet makes an effective measure of their experience. Users tend to act on their emotions and express their views on the social media. Social media shares on Twitter and Google and comments on forums can give an idea about how they feel about the app. Online app mentions can be tracked with tools such as Google Alerts, Mention, People Browser, Awario, and more.

The success of an Android application can be quantified by studying the frequency of account dropping by its first-time users. First-time users download the app and then try it. They may discard the app if it does not meet their expectations. This leads to a corresponding decrease in the number of app views and shares. The new user account dropped figures, thus, acts as a useful parameter of customer experience.

Developers can integrate all these metrics and get to know all about the user experience being offered by the application. Based on the analysis, they can work on improving the application to ensure user retention and future growth.

Granner Smith is a Professional writer and writes for various topics like social,technology,fashion, health and home improvement etc. I have experience in this field. So I would like to share my knowledge with your blog to help people to learn something new

View all of Smith Gn's posts.