The golden shores of South India provide palm-framed views of the ocean and a little slice of heaven for those that can’t get enough of sun, sea and sand. The southern state of Kerala is one of the most popular destinations for those in search of Indian beaches, and the cherry on the cake is that it is also home to some of the most delectable cuisine the sub-continent has to offer.

Living in Kerala, the people have access to a long, glittering coastline, and as a result, much of the cuisine of the region is based around the abundant fruits of the sea. Fishing is one of the oldest traditional ways of making a living and feeding families on Keralan shores and if you fancy a fresh fish dish, you won’t have to search for long in this beautiful coastal region.

Unfortunately, the seas surrounding Kerala have been fished so extensively over the years that now it can be struggle to find fish close enough to shore to catch in the old traditional style – a net pulled to shore by hand. However, a morning visit to the bustling Fort Kochi, a once mighty trading port located in Kerala, will reveal markets showcasing substantial fresh fish hauls – often caught by larger vessels that can handle the waves further out at sea.

ALSO READ:  Importance Of The Best Cardiologist Is Increasing Immensely 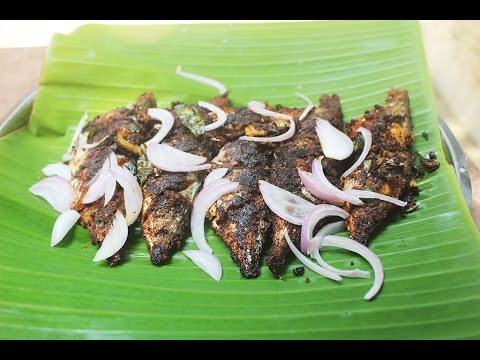 The catch of the day might vary at Fort Kochi, but there are a few usual suspects you can count on making a cameo. Pomfret, snapper, kingfish and swordfish are frequently found in Keralan waters whilst shellfish and squid are prized for grilling or for use in coconut curries and wholesome stews.

Once the catch has been presented and sold at the morning markets, a number of stalls will set up shop near to the port, cooking fish to sell to the local people and tourists alike. Fans of seafood would do well to try the famous Keralan fish curry, a dish that uses chunks of firm, white fish, cooked in a gravy of aromatic flavours including tamarind, ginger, mustard seeds, green chillies and creamy coconut milk.

Thanks to the thriving coconut palms that make their home in Kerala, coconuts are used in a variety of seafood dishes. The creamy, soothing notes work well when paired with spicy green chillies and the seafood absorbs the flavours to a mouth-watering degree.

Another popular fish dish in Kerala is a tasty snack of fish fry. Sliced fillets of fish are smothered in a spicy marinade and then fried to a crisp. Pearl spot fish fry is one of the more popular options for this type of preparation. Whether it’s a quick snack, an appetiser or an accompaniment to a bowl of fluffy, spiced rice or warm bread you require, a comforting portion of fish fry is sure to hit the spot.

ALSO READ:  Is Breastfeeding or Lactation Beneficial For New Born and Their Moms?

Seafood is an integral part of coastal India’s daily diet. Should you wish to try fish dishes inspired by the authentic recipes of regions such as Kerala, the Malabar Coast and Goa, book yourself a table at one of London’s best Indian fine dining restaurants and experience the flavours of India from the comfort of your own country.