The debate over mobile phone radiation has been raging ever since portable handsets have been available and affordable for a mainstream audience. Research suggests that taking precautions to prevent overexposure to the radiation emitted by every smartphone on the planet is sensible for people of all ages, and this is especially for younger users whose bodies have not yet fully developed.

Taking action to reduce the amount of mobile radiation that is absorbed by your body is vital, and the following five tips will help you achieve this effectively.

You do not need to hold your phone up to your ear if you want to take a call because hands-free technology has been integrated into the vast majority of modern mobiles. If you are in private, you can put your handset on speakerphone and chat while it is placed on a table or other nearby surface to reduce radiation.

For convenience and privacy, invest in a Bluetooth wireless headset that will let you hear and speak with callers without being overheard while staying well away from your handset while the levels of radiation being emitted are at their most intense.

Some products on the market have been designed to prevent harmful radiation from impacting users while also allowing mobile devices to enjoy unfettered network access and a strong signal at all times.

Screen covers, cases and even a small dedicated product that reduces mobile phone radiation can be a good investment, allowing you to keep using your handset as normal while lessening the risks associated with radiation.

Your phone emits radiation, which could become a health issue even when it is not actively being used to make calls. Nevertheless, plenty of people keep their device on a nightstand right next to their heads while they sleep.

ALSO READ:  Opting For Hosting Services: How To Find A Reliable Provider

The simple act of turning your phone off at night and during periods of the day when you do not need it will eliminate this unnecessary exposure and also help to extend the battery life of your device. 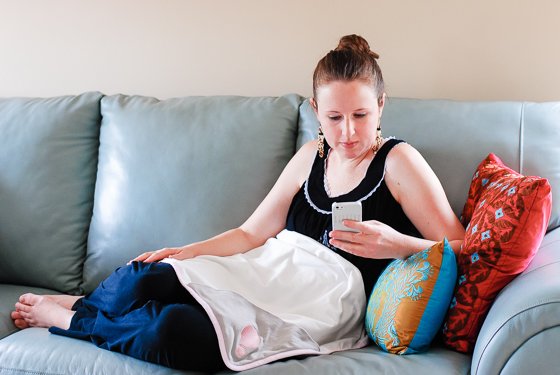 Use Alternate Methods of Communication

A call on your mobile is not the only way to stay in touch with friends, family and colleagues, so one technique that reduces mobile phone radiation is to simply harness other platforms to chat. Text and instant messaging services can be useful, but they still rely on the use of a portable handset.

If you still need to make a call, use a landline phone, which emits no radiation and has all the practical benefits of a mobile aside from portability.

Making calls in areas where there is a lack of network coverage is problematic because mobile handsets will pump out more radiation as they attempt to stay connected and overcome weak signals from the nearest cell tower.

Because of this, choosing where and when to make calls is an effective radiation-reducing tactic. Opt for places with strong coverage rather than attempting calls while in the middle of nowhere.