Ugadi literally translates from Sanskrit to mean “beginning of an eon”, and it is exactly this that gets Hindus so excited. Ugadi is an excuse to celebrate families, local communities, language and tradition. It is less focused on religion, instead looking ahead to the years to come.

But that doesn’t mean religion isn’t involved in some way. Whilst most people celebrate in their homes, a number of people also take to the temples to celebrate. At the temples the almanac for the New Year is read aloud and people gather to take part and listen. Back at home though, houses are cleaned and decorated with rangolis – a kind of floor decoration made with flour and coloured rice. This decoration is believed to bring good luck to a household and the patterns often reflect foods – for example images of mangoes and fish are very popular, as are geometric ‘mandana’ shapes.

ALSO READ:  4 Things You Should Know Before Getting A Dental Implant

On the day itself, families gather together to enjoy a New Year’s Day meal. This feast consists of numerous dishes, including the famous Ugadi pachadi; this is a sweet and sour chutney made from fresh ingredients like mango, tamarind, crushed jaggery, chilli powder, mustard seeds and margosa flowers – these are small, white flowers collected from the neem tree.

Ugadi pachadi epitomises the spirit of the Hindi New Year as it is full of contrasting, intense flavours. It consists of six key elements, known as the shadhruchulu. These are: sweet (from the jaggery); sour (from tamarind); bitter (the neem flower and mango skin); spicy (from chilli powder); fresh (the inclusion of mango); and finally salty, which is added to taste at the end. Just as the festival celebrates the diversity of life, so too does the chutney, preparing those who eat it for the year ahead. 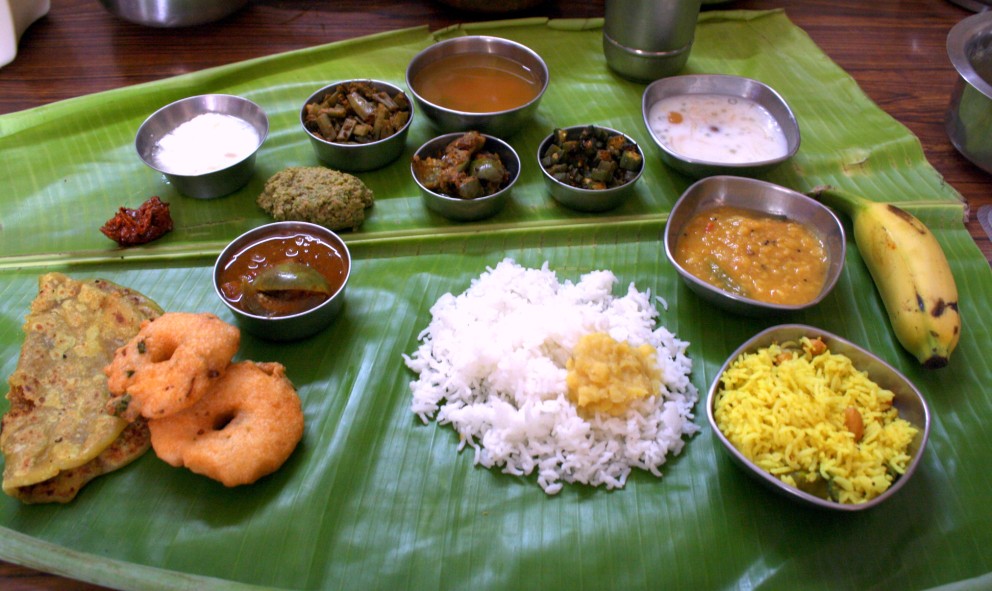 Mangoes are very important to Ugadi; the fruit is celebrated in numerous dishes including pappu mamidikaya, or mango daal. The combination of mango and tuvar dal is a firm favourite in many households taking part in the New Year’s festivities.

Another dish on the menu is the south Indian delicacy mamidikaya annam, or green mango rice. This dish is incredibly healthy as it not only uses mango – full of vitamins – but also avoids using ghee, a type of clarified butter popular in India. It is simple to make and delicious to taste.

Sweet dishes also make an appearance on the Ugadi New Year menu; payasam is a type of Indian rice pudding that is almost always served. Another popular choice is bobbatlu, which is a flatbread stuffed with a sweetened lentil mixture; it’s incredibly popular with anyone who has a sweet tooth!

ALSO READ:  How to Enjoy Eating Exotic Foods From All Over The Globe

If you are keen to celebrate in the style of the Hindi New Year, why not treat yourself and head to one of London’s top fine-dining brasseries? Experience the tradition and culture of Indian life to its fullest.