As a fielder builder, I have seen the built environment contaminated and polluted due to erosion. Worse case scenario, it renders the entire structure of a building weak and prone to total failure. To manage a construction process effectively, it makes sense to control erosion which for the most part results from runoff, windfall and human (builders) activities on the construction sites. Erosion prevention using the right and effective approaches such as will be listed in the piece as we proceed is critical to maintaining the structural integrity of a building and the sustainability of the built environment. To effective counter erosion and as well prevent all the damages it could do at the work sites, consider employing the following control methods: 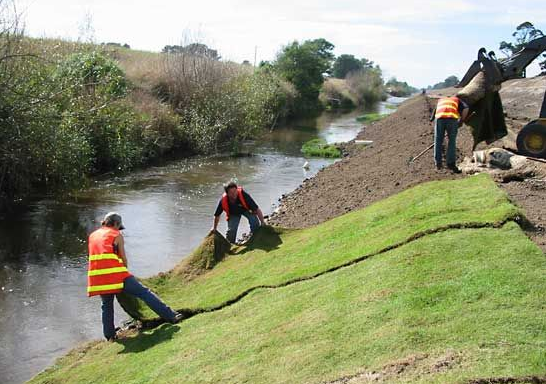 One of the most effective approaches to controlling erosion is to construct a drainage as runoff for the inflow of water which for the most part get deposited into into an area, thus resulting in washing away of the soil and as well polluting the area. Gully erosion during fall is pretty strong and for that if a site is located in riverine area, complementing the drainage with a fencing is essential… the fence act as a blockage for the splashes and waves.

A drainage control system could also be implemented a sort of directing and controlling platform which is used to channel water inflow.

This control method is great for areas which are waterlogged and swampy in nature. Buildings located in such areas tend to become damped during fall due to erosion and waterlogging which contaminate the environment. It is not uncommon to see deposited stagnant water in such areas and that breeds mosquitoes and oxidizing agents. Timbering is performed using timbers to support the entire foundation for a construction. Before the open space is cemented timbers are also laid inside the ground to damp proof moisture inflow. Such professional practice strengthens the foundation, prevent water inflow from underground for interiors and exteriors, thus eliminating erosion and its effects. When timbering is used for an open space, the mixing formula for the concrete or mortar for cementing the space employs high compression rate. The mortar is mixed using cements, gravels, coarse and aggregates to increase its strength.

The geotextile option is pretty common for its effectiveness in averting erosion. Sort of a mat, the geotextiles are made of robust materials such as straw, coconut fibers and  synthetics. Those materials come in several varieties and they are well blended together to become moisture impermeable. They are mostly used for open spaces like highway construction areas, compound and outer perimeter of a building, embankments, and supporting structures like pad foundation for water reservoir tanks.