Cycling is considered not just a very good technique for the maintenance of health but also an extremely well reputed sports activity. Making its debut in Europe, this very simple and useful activity rose to a competitive level rather fast. The United States, Canada, and several other countries have a big craze for this sport in youngsters and aged people alike. Of course the participation of either group in the numerous races is varied. One of the most prestigious and recognised cycling events is Tour De France.

All those cyclists, who have taken up cycling professionally, have the yearning to participate in this competition at least once in their entire cycling career. Joshua Hunt too is a pro cyclist and belongs to a reputed cycling team known as the ONE Pro Cycling Team. He has been associated with this team since the age of sixteen and is still cycling strong and sturdy. 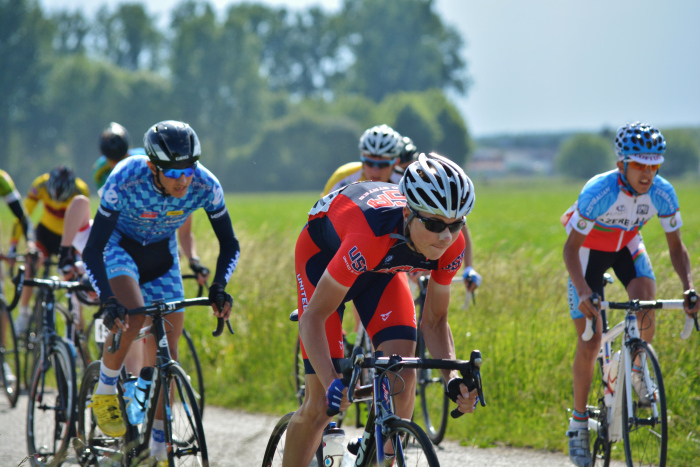 It is a known fact that cycling is an activity that requires a huge amount of physical stamina, but that does not mean that anyone can attempt professional cycling. It takes a lot of concentration, dedication and practice to be able to tame yourself to meet the harsh conditions of the cycling races. Cycling experts and enthusiasts suggest that the cycle and its rider must be in complete co-ordination or as they like to call it ‘tandem’, to enable any cyclist to participate in a professional race.

Cycling races does not merely require talent to be able to ride on any land relief, but the ability and patience to be able to face all the natural adversities that might come your way. Once you have set out on your cycle for the race, it is just your cycle and you who will have to tackle every odd that you happen to encounter on your way. Your physical strength should be as much as is enough to endure all the pain and difficulty on the road as well as cycle yourself to the end point.

Being  a veteran in professional cycling Joshua Hunt believes that the cyclist has to be a thoroughly fit person, so that his/her agility helps in determining, understanding and devising the ways and means by which he/she is able to gauge the distance and direction and take himself/herself ahead of the opponents with ease.

Mountain biking, Track cycling, Cyclocross, Tandem and BMX are some of the different types of cycling races that are attempted by numerous people with a lot of enthusiasm and delight. But what has to remembered, irrespective of the type of cycling is that the physical stamina is of utmost importance for all cyclist. This tip is not just for the professional cyclist but also for those who aspire to become a professional in cycling someday.

ALSO READ:  How Much Will A Car Accident Lawyer Cost?

No matter what sport you are inclined towards, if you think you want to take it up as your career, you will have to follow a disciplined life and keep the flame of aspiration burning within, until the day you reach your goal.