The last six months have seen a myriad of changes for young immigrants, beginning with President Trump’s directive to end the Deferred Action for Childhood Arrivals program implemented in 2012 by Barack Obama’s executive order. Back in September, Trump told Congress they had until March 5 to end the program entirely, then backtracked by saying they needed to replace it with permanent legislation and a path to citizenship.

In the ensuing months, court decisions, individual states, and policy initiatives have thrown the state of DACA into even more confusion, leaving the nation’s immigrants in constant limbo. On January 10, U.S. District Judge William Alsup from California (where around 200,000 DACA recipients live) issued a federal injunction barring the White House’s plans to rescind work permits and ensuring renewals for those Dreamers who already have DACA.

Since then, 31,860 renewal applications have been approved, with another 32,000 pending. Trump signed a federal omnibus bill containing funding for border security on March 23 despite his threat to veto the budget for its lack of progress on the DACA question. However, just over a week later, he tweeted that “DACA is dead,” blaming Democrats for their refusal to accept the Republican-sponsored protections which were tied to funding for a border wall and limits on chain migration.

ALSO READ:  Get Best Review On Your Essays - 6 Points 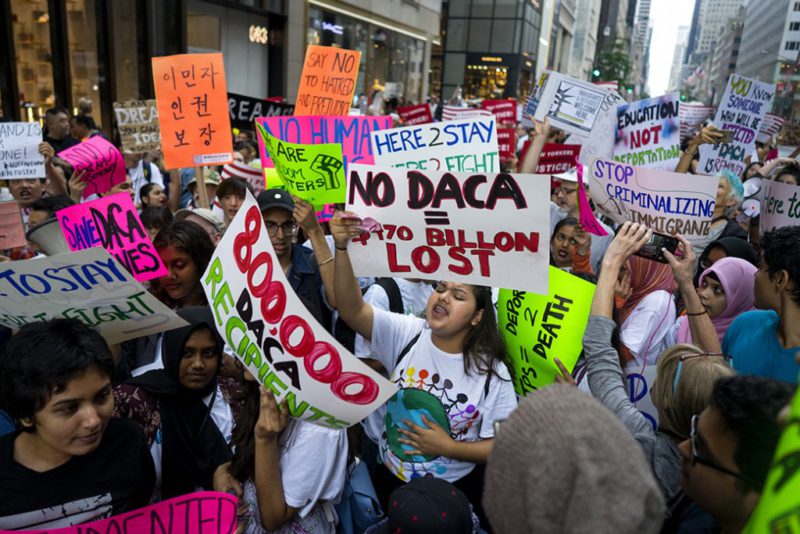 The next day, on April 2, the Justice Department released new data showing that 15,294 initial applications for DACA have been approved since October along with 138,470 renewals. However, over 9,000 Dreamers have lost their DACA status and work permits and now face the threat of deportation.

The constant back-and-forth leaves the fate of Dreamers uncertain at best, making it more important than ever to have the proper paperwork and follow all program requirements; a single legal document out of place could mean the difference between staying in the country they call home and returning to a “home” country they’ve never known.

ALSO READ:  Know How to Wear A Scarf in Luxurious Way?

For those for whom English is a second language, it can be even harder to secure the proper documentation. Certified transcript translation services help DACA applicants translate legal docs so they can best understand the program’s requirements and complete their applications for submission without the risk of errors or mistakes that could be used against them in the processing and approval phase. With the White House against them and Congress in a stalemate, the last thing Dreamers need right now is a complex process made murkier and more confusing by language barriers.

So, what is the Trump administration really doing about DACA? Seemingly, not much. Lawsuits brought by the National Immigration Law Center, the ACLU, and others are winding their way through the courts, but the federal government is cracking down on immigration wherever it can by increasing border patrol agents throughout the country and confronting officials in so-called sanctuary cities. The states that initially pressured Trump to end the program are taking steps on their own, with Arizona no longer offering in-state tuition for DACA recipients. At this point, federal injunctions from judges in California and New York are the only thing keeping the program going.

ALSO READ:  The History Of Alcohol, Liquor, and Why We Still Drink It