Work is definitely necessary for all to survive in this cut-throat competitive world. Equally important is fun and entertainment. There are various modes of entertainment available around. Indian TV Channels are making their best efforts to offer first rate entertainment to the viewers. Numbers of channels are there such as Colors TV Live, Hindi TV and many more that are broadcasting comedy shows. There are renowned stand up comedians in the Indian entertainment industry that are entertaining audiences in the best manner possible and below is a list of some of them that you would have a look at.

Kapil Sharma became a renowned name in the world of Comedy after winning the comedy reality show The Great Indian Laughter Challenge’. He worked in comedy shows such as Hasde Hasande Raho’ on MH One, Comedy Circus’ on Sony TV Live, Chotte Miyaan’ and Ustaadon Ke Ustad’. He was a part of the famous comedy show called as Comedy Nights with Kapil’ that was telecasted from June 2013 to January 2016. He is also an actor and presenter apart from a stand-up comedian. Now he is a part of the renowned show called as The Kapil Sharma Show that is being telecasted on Sony Entertainment Television.

ALSO READ:  Gatekeepers Of The Galaxy Comes Up Short On Fun

He is popularly known as Gutthi’. He worked in the first Silent Comedy Show of India named as Gutur Gu’. Also he remained a part of Comedy Nights with Kapil’ and Mad in India’. At present, he is working in the The Kapil Sharma Show’. 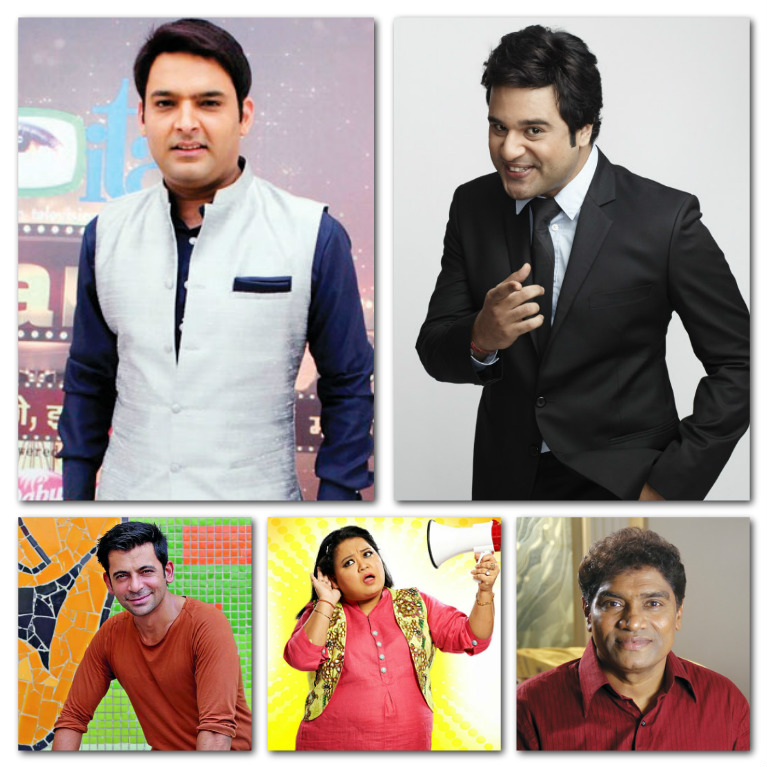 Known all over the world as Lalli’, she got recognition after becoming the second runner-up of The Great Indian Laughter Challenge’. Comedy Circus Ke Super Stars, Jubilee Comedy Circus’, Comedy Circus Ka Jadoo’, Comedy Comedy Circus Ka Naya Daur’ and Circus Ke Taansen’ are other celebrated comedy shows to her credit. Now she is working in Comedy Nights Bachao’. Hamari Comedy Ka Dil’ is her next project in the pipeline.

He is one of the leading stand-up comedians in Indian film and Hindi TV industry. He has appeared in countless films in comic role. Tabassum Hit Parade’ is his one of the recognized stand-up comedy musical shows. He has one Filmfare Award for Best Performance in a Comic Role two times.

Comedy Circus’, Comedy Circus Ka Jadoo’ and Jubilee Comedy Circus’ are some of the famous stand-up comedy shows in which Krishna has worked. He is appreciated for his unmatched sense of humor and top-rate comedy.

Not only in India but these stand-up comedians are recognized at an international level. The Indians living abroad may watch these comedians live on TV by simply subscribing to YuppTV.