It is repeatedly said that “laughter is the best medicine.” After all, what can be life without a bit of comedy? In the past few years, a revolution has gone on in comedy, especially in the stand-up circuit. Learn to laugh all over again with the hilarious plays and witty stand-up artists! Some of the best comedy shows in the upcoming days are listed here:

Aiyaiyo is a presentation by the Evam Stand-up Tamasha team, and it is an act that is not to be missed. The Evam gang is known for cracking extremely funny jokes on anything and everything South Indian. Performances will be by Karthik, Bala, Aswin Rao and Alex.

Where: Alliance Francaise, Bangalore When: 12 December at 8.00 PM

Roop Aroop is a Hindi dark comedy play by Tripura Sharma. Roop Aroop has been played at many theatre festivals across India. It is quite funny but gives you something to think about. The play deals with many issues, especially gender roles and womanhood. The folk arts of Bedni and Nautanki give a backdrop to the play.

ALSO READ:  Classic Cinema - A Flashback to The Old Times 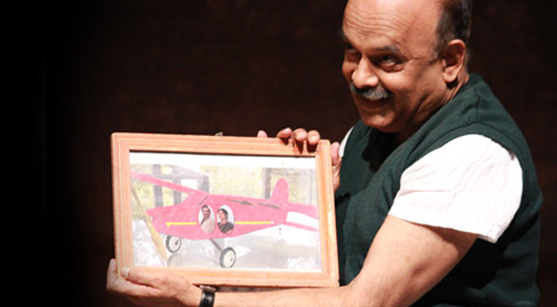 Where: Rangashankara, JP Nagar When: 6 December at 3.30 PM

Modhi Vilaiyadu Paapa is the brainchild of Comedy Kind of Tamil theatre S Ve. Sekher. Present political scenario and the reactions of the helpless public to the news of scams, corruption and plain lawlessness are depicted. A humorous satire on the plight of present day politics plaguing the country, the play promises a lot of laughter.

Where: Chowdaiah Memorial Hall, Bangalore When: 28 December at 4.00 pm

Open Mic Comedy is one of those events that never fail to draw crowds. It is a great launch pad for budding artists and also easy on your wallet. Open Mic Comedy is for you if you love to laugh and have a great evening. You might also bump into well known comedians testing their new jokes here.

ALSO READ:  WHAT TO LOOK FOR WHILE BUYING A NEW TV

The LOL Show has been one of the pioneers in the stand-up comedy field, by offering free shows for many years now. Some of  best known stand-up comedians started out here. It is one of the best proving grounds for amateurs who want to foray into deeper waters. Catch the LOL show for some great food and hearty laughs.

Where: Urban Solace, Annaswamy Mudaliar Road When: Every Wednesday from 8.00 pm to 10.00 pm.

All types of artists have started coming here to perform experiment and even grow. Amateurs are also well encouraged in Bangalore, again proving that the city has a big heart and that it knows to take a joke. The best comedy shows in India here at Bangalore. Are you?

Author: The author is a theatre critic and also a writer. He loves to spend his time looking for fresh experiences and new friends. He also writes articles for eventshigh