Brandon Steven is a leading entrepreneur who has also gained quite a lot of popularity as a philanthropist with a great heart. Other the years that he has been involved in business, entrepreneurship, and his automotive ventures, Brandon has been awarded with several honorable distinctions and awards that include the very prestigious National Man of the Year Award from the Leukemia and Lymphoma Society in the year 2007. He has been a proud contributor, and has been associated with this organization and has engaged and taken part in its several activities for a very long time. By profession, he is a very successful and well – known entrepreneur, dealing in selling cars and other automotives. Throughout the years that he has been involved in his commercial work, he has served the society immensely by generating employment to a very large number of people, and has also won hearts thanks to his numerous and praiseworthy philanthropic work. Brandon Steven was born on the 25th of July in 1973 in Wichita in the state of Kansas, and in his 43 years, has achieved quite a lot for himself and his society.

ALSO READ:  4 Ways to Keep Your Restaurant Running Smoothly In A Frenzy 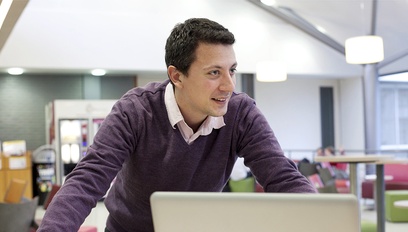 Brandon Steven: How he became the man, he is now?

Brandon Steven was born to simple parents; to schoolteacher Rebecca Steven and to small time business owner Rod Steven Senior. He grew up with two brothers, namely Rodney Steven and Johnny Steven, as well as a sister Julie Steven, Brandon found himself attracted to sports and business from a very early age. While he took part in numerous sports activities and games throughout childhood and adolescence, Brandon has also been involved in the field of entrepreneurship from the very tender age of 11.

His first ever venture was when he was 11 years old, with his brother Rodney Steven, when they opened the business of shoveling snow from driveways. This enterprise grew, and it paved way for a larger venture, Steven Snow Removal, which still happens to be highly active, and has continued its good work throughout the years, all over the state of Kansas, now involving a number of trucks. He has also ventured in the business of Pigeon Busters, at the age of 13, where he used to catch pigeons and sell them to hunters, who used them for the purpose of training of dogs. These small businesses and enterprises continued throughout Brandon’s adolescent years, high school and into college.

He received his education from Southern Illinois University from Carbondale in Illinois. Throughout college, he engaged in small businesses that include:

In his college years, he received several awards of recognition, such as a ‘Distinguished Seniors Award’ and so on.

He graduated with a bachelor’s degree in marketing, and then moved on to bigger businesses, involving in a number of enterprises for almost 21 years, making a name for himself. Currently, Brandon is the owner of Steven Motors, which is the mother company for his other automotive ventures. He lives with his wife and six children.

ALSO READ:  How to Keep a Clean and Safe Construction Worksite