Child custody can be a hectic procedure. In addition, can be a little weird and confusing to pass on the right/fair verdict against the case. In one of the cases of child custody, Attorney Susan Bender says, “I have seen paternity battles a lot, even been a part of vicious tugs-of-war over children, but never seen, heard, or been a part of something like this”. 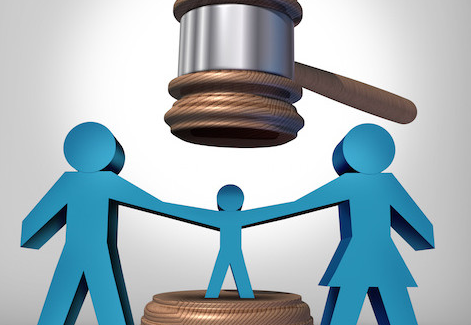 The scenario was, there was four contestant for the child and each one of them was legit.

Now, you might not be aware of the procedure for filing a child custody petition if it’s your first time, but, those who did it earlier know it very well. Below is a step to step guide by an experienced attorney that’ll help you smoothly file the petition and ensure a win.

Determine the requirements for important documents, birth certificate, and another document that can strengthen your claim and ensure a strong petition. Each state has different has its own procedures for filing a child custody petition, hence, you’ll need to research the rules beforehand.

Prepare a petition for the custody, a formal document which claims the custody fo the child from the court. Again, each state has its own format and you must do it accordingly after conducting good research. You may take help from the court in getting a template issued by the court.

ALSO READ:  Is Your Kid Facing Charges? What Parents Can Do If Their Teen Is Arrested

Provide enough information about the child and each one of the parents who might contest against the custody. Documents containing child’s details and parents details must be submitted.

Find a clerk to file your petition. The Uniform Custody Jurisdiction Enforcement Act, according to which  you’ll have to file the petition with a legitimate clerk of the court for custody in the appropriate jurisdiction.

ALSO READ:  What To Do When Affected by A Family Court Conflict?

Provide the court with a proof of service after you have served the child as a custodian.

The final trump card: compile all the documents which can act as evidence and support your custody petition and draw the judgment in your favor.