Faith in God, is really important to lead a happy and blessed life. Worshiping deities, becoming a staunch devotee and propagating the religious ideas don’t guarantee the inner peace we all look for. The soul yearns to learn and imbibe, more than the spiritual knowledge.  It struggles in between these materialistic affections of the world. These affections at times afflict the soul and at other times, trap it in the worldly pleasures. To achieve that inner peace, it is vital to calm down the conscious and attain the spirituality and get rid of four K: kam (lust), krodh (anger), kripta (greed) and kapt (vanity ). This conscious awareness can be gained only through abiding the Hare naam (name). Hare Krishna movement is the religious sect, organization which preaches the teaching of the omnipresent god- Hare Krishna.

What is Hare Krishna Movement? 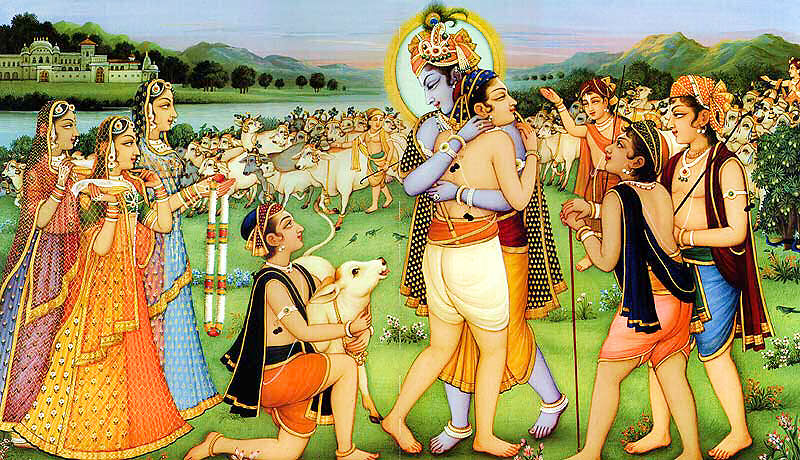 The Hare Krishna movement is originated from the Gaudily Vaishnavism, wherein the word Vaishnavism means worship of the Vishnu, and Gaudiya means the particular region where Vaishnavism originated, that is, West Bengal. The movement is also known as the Hare Consciousness and Hare Krishna the Hare followers practice bhakti yoga and worship the supreme lord, Krishna. Through bhakti yoga, the followers try to dedicate all their actions and thoughts to Lord Krishna.

ALSO READ:  Know When To Burst That Pimples: How To Do It Wisely

What Hare Krishna do?

The Hare followers practice Bhakti yoga. They preach the teaching of Bhagwad Gita and Sri mand Bhagavatanam. They enchant the Hare Krishna Mantra. With their preaching, they try to draw away themselves from the materialistic world. The Bhakti Yoga motivates them to move on the right path, and shed off the vanity and become virtuous.

Here are some of the teachings preached at the ISKCON temple to the Hare Krishna.

These teachings that are spread by the Hare Krishna Movement should be appreciated. They not only connect a chord to reach the almighty but also shows how to hold that connection and attain spirituality. Except this, they also teach the four legs of the Dharma that are, mercy, self-control, truthfulness and cleanliness of body and mind.

ALSO READ:  The Pros And Cons Of Retirement Homes Community

Such teachings aren’t seen often in any other movement, therefore, join the movement and attain the Krishna consciousness.