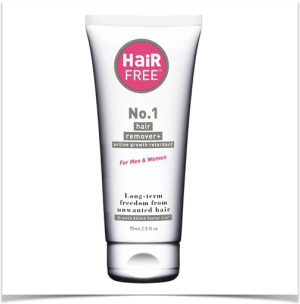 Getting rid of back hair for men is one of those things best kept secret. It’s not the sort of thing you want to discuss over the coffee machine or in the bar. This is a problem that most men just live with. Some like their back hair! Others hate it!

Everything about this new hair removal product is different. It smells different, it feels different, it’s actually less messy than a regular depilatory cream and it contains FDA approved ingredients. So let’s see if it works.

This is the only hair removal job that is best done with a helper – so forget about keeping this secret! I enlisted the help of my long suffering girl friend who thought the whole procedure was hilarious! This is a serious business I told her. She told me she doesn’t mind my hair back which is kind of her but I happen to not like my hairy back! For old time sake I took a photo of my back before and after.

To start with she spread the cream on the centre of my back and worked outwards. It spreads easily and you must avoid using too thick a layer as this is not necessary to have the desired effect. After waiting the stipulated 4 – 5 minutes she scraped it off and, ooooh, it was a bit ticklish. Then I saw that lumps of matted hair mixed with white cream were falling to the floor, OMG what a mess. I saw in the mirror that the area treated was smooth and all the hair had gone – GOOD START!Encouraged by this she 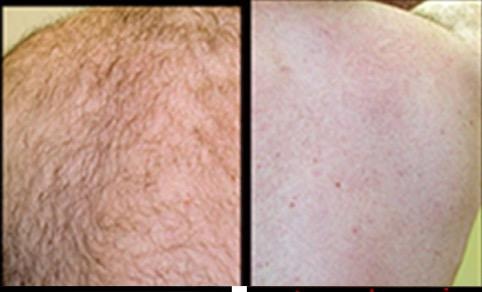 worked away at all the remaining area of hair with the same result – lumps of matted hair mixed with white cream. But this time she had a paper towel ready so there was much less mess.

Having done the whole back I jumped into the shower and could feel that my back was smoother than it had ever felt before. Instead of feeling like stroking a dog it felt like stroking a proverbial baby’s bottom. Well, so far so good!

ALSO READ:  7 Mistakes to Avoid While Making the Most of Your Treadmill Sweat Sessions

The whole point of going through this hassle is to see if the magic ingredient that stops hair growing really does the job. So I was quite surprised when, a week later, I could see very scanty hair had grown back which was about 20/30% less than normal.

Encouraged by this my g/f worked away again, same as before and removed the new hair growth with the cream. It was easier this time as there was a bit less hair to treat.

On the second week I could clearly see in the mirror that even less hair had grown back, I would say about 40% of the hair had gone.

On the third and fourth weeks we repeated the procedure and the results were absolutely fantastic. The impossible seemed to have happened. Now my back was virtually clear of the dense growth I usually had. The hair had thinned out by about 90% and the hair that was regrowing was now thin and wispy.

ALSO READ:  To Know The Most Common Dental Problems - Get In Touch With Us

Just a note of warning. We got through four tubes of this stuff which cost $130.00.

I have no hesitation in saying that HairFree does the job it says it will do – get rid of hair and reduce the rate of regrowth.

This is an independent review. I never receive payment for any reviews or accept free samples in return.